The link between GBA and Parkinson’s disease has been providing clues as to why some people get Parkinson’s. There is a higher chance of developing Parkinson’s in later life when you carry GBA, BUT this is still a low risk and most people do not develop Parkinson’s.

In terms of understanding more about the causes of Parkinson’s, the discovery of this link is one of the most important findings in recent years. This is because we have been able to carry out experiments in the laboratory using cells grown from people carrying the GBA gene which have allowed us to understand a great deal about how it can cause the condition. These new developments make us optimistic that we will be able to develop drugs to treat Parkinson’s caused by GBA and in turn (we hope) Parkinson’s disease in general.

But without the help of people who carry the GBA gene we cannot discover more about it and its role in Parkinson’s. To do this we need large numbers of people to help us and we are hoping to recruit over a thousand people into the study. Every bit of information helps us to answer the question of how Parkinson’s develops and how we can stop it in its tracks.

Rapsodi is supported by Parkinson’s UK. If you want to find out more about Parkinson’s and current research please visit the Parkinson’s UK website www.parkinsons.org.uk .

Research into the GBA gene

Much work around the world is now being coordinated to achieve these goals. Doctors and scientists at University College London and the Royal Free Hospital, London are working with research groups from Italy, Canada, Germany, USA and Israel and are already testing potential new drugs to target the link.

One of the principle barriers to answering these questions has been that we need to assemble large numbers of people to do so. The emergence of internet technology has finally made it economical and feasible to do this.

Research is already well advanced on drugs that may slow the progression of Parkinson’s caused by GBA. Small ‘pilot’ drug studies are already underway. We anticipate larger drug trials to test whether these drugs work in the next few years. Rapsodi will identify people carrying the GBA gene who we believe are at the very earliest stages of developing Parkinson’s and will offer them the opportunity to take part in these drug trials.

We are developing a new information website that will provide up to date research information about the work of the link between GBA and Parkinson’s taking place at UCL and the Royal Free Hospital and other research teams we collaborate with around the world.

This study is supported by the Gauchers Association, the only UK based charity supporting people with Gaucher disease, who we are working with to ensure the study is participant friendly and easy to join and that all information regarding the study and its progress is disseminated on a regular basis to participants and interested parties. 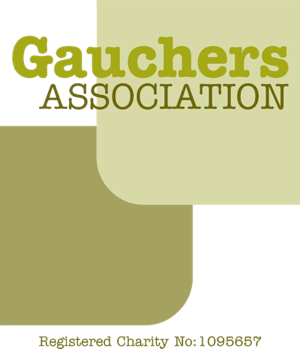